Having been one of those people who wonder why there are 60 minutes in an hour and 24 hours in a day, I found a lot of answers in Daniel Boorstin’s, The Discoverers. The question to me has been why not find a Base 10 or denary system based on a decimal system with integer divided by 10’s; a sort of metric system for time. It seems that there are other people have had the same idea. The other day I was surprised to see that Facebook had invented an new measure of time called the flick. Basically, it allows one to divide units of time that break down into round numbers, for example, 1/24th of a second, for instance, is 29,400,000 flicks. 1/120th is 5,880,000 flicks. 1/44,100th is 16,000 flicks. While this is a great boost to those who work with fractions of seconds in film and computing I find it brilliant that we are still able to look at our world with fresh eyes and see things in a new way. Time is a human construct as is much of our life and what we have created we have the ability to re-create and re-define. We need only remember that we have the power. We can see wonderful new realities only if we look for them. 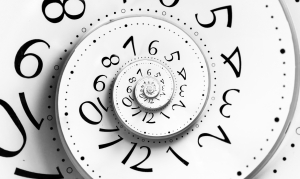 While largely about training horses, Allan Hamilton’s “Lead with your Heart” had some startling ideas about how we relate to new technology and the internet. It seems that in Hamilton’s mind, horse’s behavior is related to the fact that, in the wild, they are essentially prey. While a horse could easily trample us, it has over thousands of years seen itself as an animal of prey. Our approach to the horse must be as one who is non-threatening, moving in slowly and respecting the space of the animal, learning how to gently show our dominance of the animal with the respect it deserves. The thought that our behavior is, in a way, determined if we are predators or prey seems to have affected how we see ourselves on the internet and in social media. We frequently speak of internet predators that prey on children or the unsuspecting, uninitiated and yet, even knowing this, we seem unable to be aware and change our behavior. Each day brings more news of cyber-attack to businesses, but instead of taking action, many hide the problem and try to cover up the issue. In the wild, humans have the rare place of being both prey and predator. We can be killed and eaten as much as we can fight for survival. Somehow in the electronic frontier, we have dropped this ability to fight back, to realize that we are not babes in the woods but noble animals who deserve to be approached with respect. 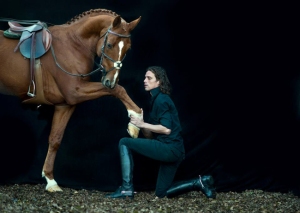 There is an old joke told by Woody Allen, “A guy walks into a psychiatrist’s office and says, hey doc, my brother’s crazy! He thinks he’s a chicken. Then the doc says why don’t you turn him in? Then the guy says, I would but I need the eggs.” This joke seems to highlight our growing dependency on social media. As much as we seem to demonize people looking at their phones everywhere, in lines, while driving, at the dinner table- it seems that no place is safe. It seems this electronic narcissism has taken over our consciousness and has invited a response asking us to be mindful of our screen time with the Bored and Brilliant program launched by the Note to Self NPR radio program. It seems that the only true response to the galloping monopoly of our face time is to turn away completely as Allan Curtis suggests. As much as we protest this media creep, perhaps we have to either do without the eggs or admit our powerlessness before our new media god. 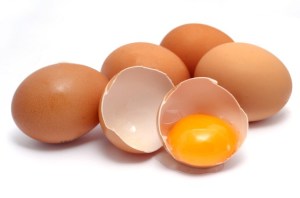 As the Christmas season fades into memory, my sons delight with his new PS4 continues but with some reservations. It seems that with his favorite video game when purchased, gives a certain level of play and access but for all the bells and whistles- playing on line with friends and other upgrades, you need to purchase a membership package, monthly, quarterly or yearly. While he is disappointed, the game still has its allure, it stands as an example of today’s move toward monetization of relationships. It seems like it wasn’t that long ago when you purchased a game and you had full access though there may have been a membership or club that you could join you basically had full access. Today it seems purchase is not the end result but the beginning of a slow financial drip to keep us engaged as long as possible. Not only games but web services among others have also run to this strategy. While LinkedIn is free, I am constantly swatting away the notices that, for a small fee, I can access the premium service which offers services that used to be offered as a part of the free service. Many other services are revising their free offerings and moving formerly free perks behind the velvet rope of membership or access fees. While companies eagerly swallow up our data exhaust to refine their marketing to us, we are asked to pay for what was once was in the free realm. We seem to be on our way to the monetization of everything, where every transaction comes with a price. With the defeat of net neutrality that seems to be more and more the norm- you can help yourself, but don’t take too much or you have to pay. God bless the child who’s got their own (bank account).